Economic activities have been hit by the spread of infection and as like other countries, the state of emergency has been announced. Small businesses including local restaurants were seriously damaged because the government asked people to quarantine themselves.

BAUM LTD. is the branding and designing company focusing on the various “places” , from city to small shops, such as cafes, restaurants. Members of BAUM have kept discussing what they can do for small businesses in a tough business situation under COVID-19.

On April 6th, right before the state of emergency announcement by the PM, they released free data posters for those who own small businesses. The posters inform customers of how they adapt to social distancing. Then, on April 24th, by popular demand, they published additional versions for public sectors. Simultaneously, studio members were so excited about how their work helps people in emergency situations.

Communicate intuitively with the power of visuals

BAUM LTD. published 25 public domain posters data on their website. Those are layouted intuitively with short messages and minimum illustrations like “business hour changes” “we restrict the number of customers at once” or “To Go is available”. Term of use is following the Creative Commons’ public domain guideline.Users can freely add or change messages when they use the posters.

Even if it is only a poster, it’s a considerable task for small business owners or managers. They have to create the formats and texts of the poster by themselves. This pressures their limited resources under the situation. Furthermore, there was no guideline by the government.

The posters can reduce such reducible working time, help the shops and institutions continue their services smoothly, and customers receive them without worries.

The inspiration from Copenhagen under lockdown

This project got some hints when Woody Udagawa, CEO of BAUM LTD., saw the situation in Copenhagen, Denmark, where he works and lives. Lockdown restrictions started there 4 weeks prior to Japan. Denmark shut down all the borders, it was the earliest decision among surrounding countries . Most schools and offices closed. The government banned gatherings of more than ten people on March 18th.

However, what he saw were some small shops and companies continuing their businesses with creative ideas.

Woody:
”Though small businesses in Copenhagen were hit by lockdown, they do their businesses with their creative ways under restrictions. Such creative shops were surely “the lights of hope” in the street.”

Remembering the hopeful city sites, He wanted to do something to support small businesses, as a professional branding and design company. Then the idea of publishing the posters communicating social-distancing came up.

Woody:
“As we’ve been working with small businesses such as shops, cafes & hotels, they do not have enough resources as usual, it is obvious it’ll be much less under this emergency. They are always saying that it is really tough to think objectively alongside everyday physical tasks. Even thinking and making one piece of announcement paper is a tough task. I thought we could reduce such stress and customer’s anxiety at the same time.”

Why does he think so important about small businesses?
There are his personal, bitter memories.

Woody:
“Last year, two of my favorite small restaurants closed down. I felt empty more than I thought. There were communities, yes sense of communities. That’s why I wanted to support them suffering from this tough moment.”

The idea came out in half a day with great teamwork

All the members of BAUM LTD. started online meeting in the morning on April 6th. Quickly they worked out a policy and assigned roles, started each task.

1 Director, 2 Editors, 1 Assistant & 2 Designers worked together from 9AM. Eleven posters were published online at 4PM. Newly joined editor Mizuki Matsuzawa says “I was pretty much surprised how they quickly made the idea come out.”

Although all of them worked from home at that time, the project was realized in such a short time, because they are a small team, and could fully bring out their potential.

Mizuki:
“I have lots of favorite small restaurants and shops, and strongly wish they would not shut down.

However, I couldn’t afford to take out food every day, and couldn’t visit those shops in the first place under the state of emergency with infection risks. Back in that time, spending much time agonizing that there seemed to be nothing that I could do made me feel powerless.

Throughout this project, however, I realized that we can support small businesses in many ways. Even if it’s hard for me to support my favorite shops, I can recommend my friends living near the shops to visit. In this unprecedented situation, such a small, private conversation may have a potential to be of indirect support.

What is important is to keep thinking in everyday life and never stop tiny actions. Although the power of a person or one small company is little, we would help greatly enough if the power and resources connect. I believe so, and will keep thinking what I can do.” 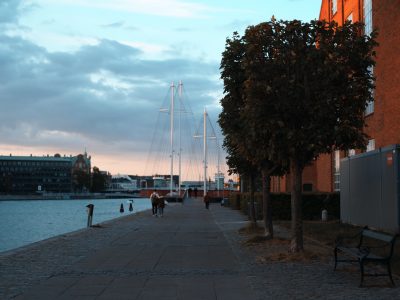